Since its inception, the National Highway Traffic Safety Administration (NHTSA) at the U.S. Department of Transportation (DOT) has been an active proponent for efficient and effective emergency response. As the federal agency charged with reducing the human and financial toll of traffic crashes, part of NHTSA's role has always been to advocate for a system of emergency communication that supports the needs of the public and emergency responders. This timeline highlights the events illustrating the DOT's role in advancing the nation's 911 system.

The DOT Role in Advancing 911

To help support 911 and EMS systems at the state and local levels, staff from NHTSA lead the Prehospital Team convened by the Federal Emergency Management Agency and the US Department of Health and Human Services as part of the interagency Healthcare Resilience Task Force. Office of EMS and National 911 Program staff meet frequently with EMS stakeholders from across the country to serve as a voice for 911 systems within the federal response.

The Program convened a group of 911 experts to identify tasks that must be tackled by the 911 community to achieve a nationally interconnected NG911system of systems. The NG911 Roadmap outlines the tasks, while the Progress Report tracks advances and opportunities for the community to contribute.

The Program facilitated a community-wide effort to create a long-term plan and strategic goals for a nationally uniform 911 data system.

Nearly $110 million in grants was awarded to 34 states and two tribal nations to help 911 call centers upgrade to NG911 capabilities, enabling sharing of digital information and improved interconnection between PSAPs.

At the direction of Congress, NHTSA and NTIA worked with a team of emergency communications, technology and economic theory consultants to develop estimates of the costs to implement and sustain NG911 nationwide.

The first call to 911 was placed in February of 1968. Throughout 2018, the Program and 911 community recognized 50 years of answered calls and lives saved, celebrating the 911 system and looking to the future of NG911 and improved emergency communications.

The Program facilitated a project to establish universally accepted minimum training guidelines to be used for aspiring and current 911 telecommunicators, and to provide the foundation for ongoing professional development.

The National 911 Program launches a new forum to share emergency communication best practices and lessons learned by states and federal agencies involved in 911 activities. The State of 911 Webinar Series offers bimonthly installments of case studies, useful tools and information for the 911 community.

The bill shows continued legislative support of emergency communication, reauthorizing the Implementation Coordination Office (ICO) as a joint operation of the National Highway Traffic Safety Administration (NHTSA) and the National Telecommunications and Information Administration (NTIA); and creating FirstNet to oversee the development of a national public safety broadband network.

The National Conference of State Legislators (NCSL) and the National 911 Program forge a partnership to create a searchable online database of 911 legislation introduced in every state. Searchable topics range from fees and service charges to privacy and Next Generation 911.

To help the nation’s public safety answering points achieve 911 interoperability, the National 911 Program releases the first list of compiled standards activities related to NG911. The Program does not create standards, but rather collates those developed by multiple Standards Development Organizations (SDOs) into a single resource. Considered a living document, a new version is released every year.

The 911 Resource Center begins to serve the 911 community through three key initiatives: an information clearinghouse, a technical assistance center, and the development of a national 911 profile database that can be used to follow the progress of 911 authorities in enhancing their existing systems and implementing next-generation networks for more advanced systems.

NHTSA and the U.S. Department of Commerce's National Telecommunications and Information Administration (NTIA) awarded more than $40 million to help 911 call centers across the country improve the ability to locate people calling from wireless and internet connected telephones. Work will be completed over the next three years.

The second major product of this project, separate from the technical piece, the NG911 System Initiative Transition Plan identifies institutional and transition issues and provides options for how to deal with them. 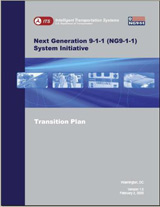 The first major product of the NG911 project identifies technical and architectural components to be included in a next generation system capable of voice, data, and video transmission from different types of communication devices into PSAPs and to emergency responder networks.

This DOT sponsored demo moved NG911 from concept toward reality. Using the architecture developed by stakeholders, a model NG911 architecture is built, using three testing laboratories and five 911 Public Safety Answering Points (PSAPs). During the summer of 2008, test calls are transmitted and processed – containing telematics data, video, photos and text data – proving it is possible for PSAPs to receive text and transfer calls, along with all the data, from one PSAP to another across significant distances. A report is developed detailing what 911 could be like if moved to this infrastructure.

The team solicits content input from stakeholders and develops a comprehensive design and transition plan that will enable 911 connections using a wide range of new technologies.

NHTSA & NTIA create the National 911 Office, housed within the Office of Emergency Medical Services (EMS) at NHTSA (now known as the National 911 Program). By coordinating the efforts of states, technology providers, public safety officials, 911 professionals and other groups, the program seeks to ensure a seamless, reliable and cost-effective transition to a 911 system that takes advantage of new communications technologies to enhance public safety nationwide.

Congress recognizes the critical importance of the 911 system in protecting public safety and security and passes the ENHANCE 911 Act (P.L. 108-494), which establishes a federal "home" for 911 with a program run jointly by NHTSA and the National Telecommunications and Information Administration (NTIA) at the U.S. Department of Commerce. The program is charged with providing Federal leadership and coordination to support and promote optimal 911 services.

The US DOT Next Generation 911 (NG911) Initiative, co-managed by NHTSA and the Intelligent Transportation System (ITS) Joint Program Office (JPO), established a model for the transition of 911 systems to digital communication. Working closely with a wide range of stakeholders, the Initiative's efforts were focused on two areas: the research required to produce a design for a next-generation 911 system, and a transition plan that provides options for addressing issues related to its deployment. The goal was to design a 911 system that is capable of using voice, data, and video transmission from different types of communication devices and sharing this digital information among 911 call centers and emergency responders. 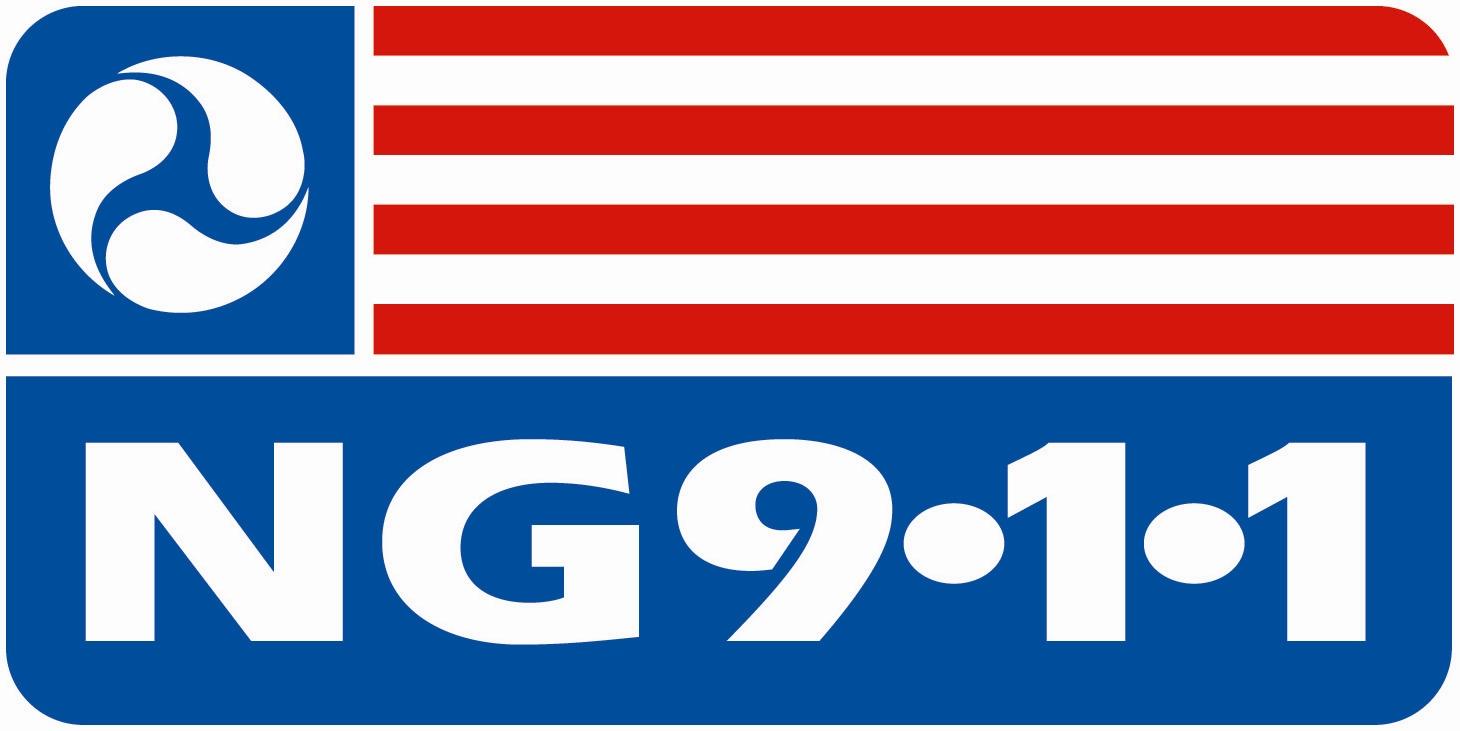 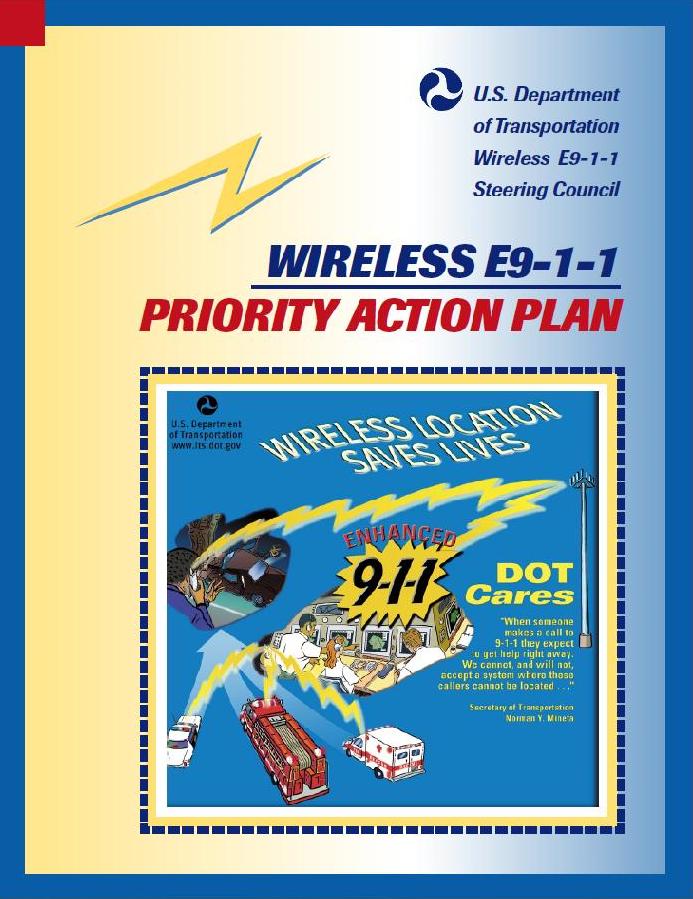 Secretary Mineta, who formerly represented the Silicon Valley area in Congress, is interested in sponsoring research about what the next generation of 911 will look like. He holds a Technology Innovation Roundtable at San Jose State University with telecommunication researchers and public safety and transportation representatives. This meeting is the genesis for the US DOT Next Generation 911 (NG911) initiative.

Norman Mineta, US Secretary of Transportation, inquires about the structure and effectiveness of 911 as a component of transportation safety. He forms a steering committee that develops the Wireless E911 Initiative Priority Action Plan—a blueprint for the US Department of Transportation (US DOT) for subsequent activities to enhance the nation's 911's capabilities. 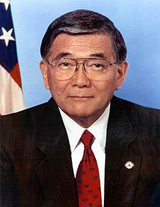 In 1966, the National Academy of Sciences published Accidental Death and Disability: The Neglected Disease of Modern Society. It included a recommendation for "Active exploration of the feasibility of designating a single nationwide telephone number to summon an ambulance." Two years later the first 911 call was placed, and in 1970 the National Highway Traffic Safety Administration was created. 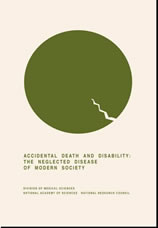